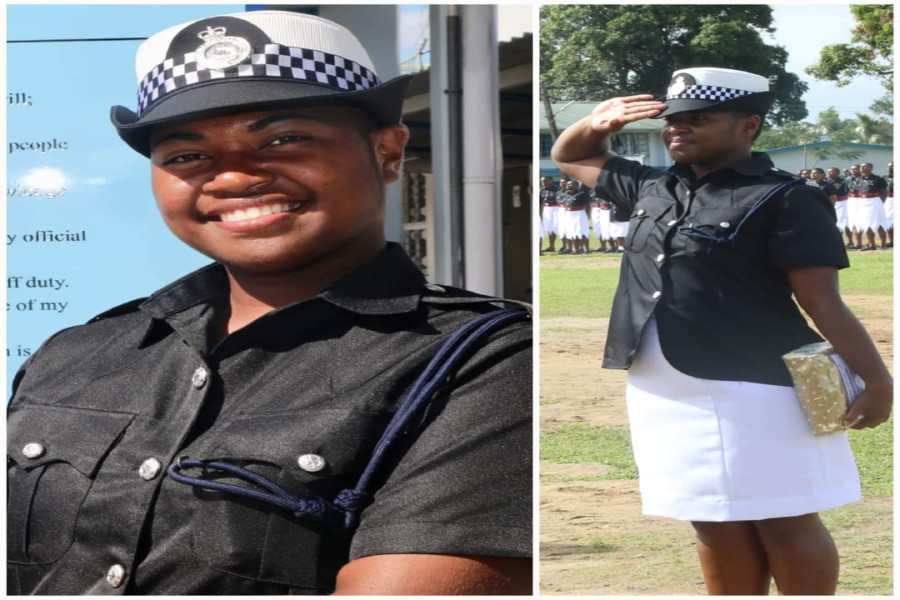 WPC Tawakedrau who hails from Nasinu, Navatu in Cakaudrove with maternal links to Naivuruvuru Village in Verata, Tailevu says her biggest inspiration in pursuing a career in law enforcement was her family.

“When I was a little girl, I used to admire the uniform which was worn by my late grandfather who was a Police Officer based at Korovou Police Station.

I also wanted to follow my grandfather’s footsteps and I only wish that he was around to witness the Passout parade and what I have achieved”.

“He passed away in June last year and I just wished I had a way to let him know that I followed my dreams, I made it and he was the reason behind it”.

The thought of being awarded the Book Prize hasn’t really sunk in yet but I had to work hard in order to achieve this.

We have a lot of capable people in our batch and I consider myself lucky to have come out on top.”

WPC Tawakedrau said while the training was tough, she has learned a lot and has formed a lifelong bond with her fellow Batch members.

“It’s a rewarding career and it's even fun while doing the Basic Recruit Training.

My colleagues who are undergoing this same recruitment are now my family for life,” said WPC Cilia.