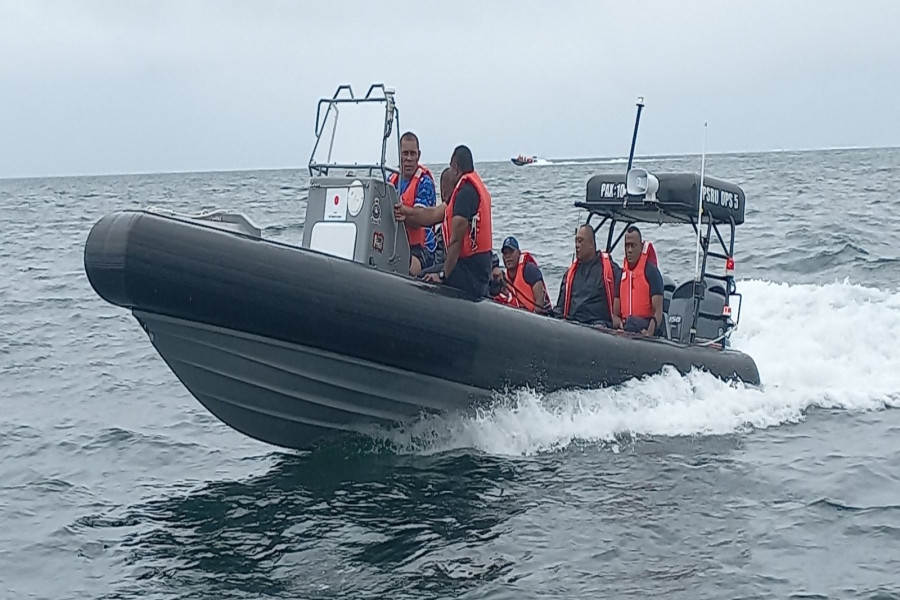 The success of the sea-trials of the Rigid Inflatable Boats donated by the Embassy of Japan this past week, is timely as the Fiji Police Force steps up its momentum on the war on drugs in the maritime divisions.

Teams have been deployed to a number of maritime islands following leads on the cultivation of marijuana in new areas, with the focus on proceeds of crime is also being heightened.

This follows a case where a couple was charged for the alleged cultivation of illicit drugs and produced at the Suva Magistrates Court last Friday following a raid at their home which uncovered a large amount of cash believed to have been proceeds of crime.

A couple who are alleged to have been cultivating and selling marijuana were produced at the Suva Magistrates Court on Friday and remanded in Police custody.

The two were arrested following a raid at their home earlier this week which resulted in the discovery of more than $4,000 believed to be from proceeds of crime and dried leaves tested positive as marijuana.

Information gathered by investigators alleged that the two were cultivating marijuana on Gau Island.

A team consisting of officers from the joint Task Forces and the Police Special Response Unit were deployed where they discovered more than 700 marijuana plants.

He has been remanded in custody.

The second accused, a 43-year old woman also of Nukuloa Village has been charged with two counts of Possession of Property Suspected of Being Proceeds of Crime.

She has been remanded in custody and her case will be called again on the 16th of August.

In another raid conducted yesterday this time in the Northern Division, a 25-year old farmer of Qaravutu Village is in Police custody following a raid which resulted in the seizure of close to 3,000 plants believed to be marijuana.

An operation team from the Tukavesi Police Station conducted the raid at around 4am at a farm allegedly belonging to the suspect, where they seized the plants and seized dried materials all believed to be marijuana.

The specialized maritime capabilities donated by the Government of Japan under the Japan Grant Aid Economic Social Development Program will enhance counter-narcotics operations.

Following the training made possible with the assistance of the Japan International Cooperation System last week, the Commissioner of Police Brigadier General Sitiveni Qiliho said with more information received about the cultivation and trade of illicit drugs in maritime areas, the deployment of the rib boats will boost current efforts on the war on drugs.

The Commissioner of Police reiterated his warning on getting to all those involved in the illicit drug trade from the cultivation, manufacturing and sale of drugs where investigators will look into unexplained wealth, proceeds of crime and as stressed during the Kadavu Provincial Council meeting, landowners whose land is being utilized for the cultivation of marijuana.

More than 40 officers from the Northern, Southern, Eastern, Western, Central and specialized Units underwent the one week specialized training.