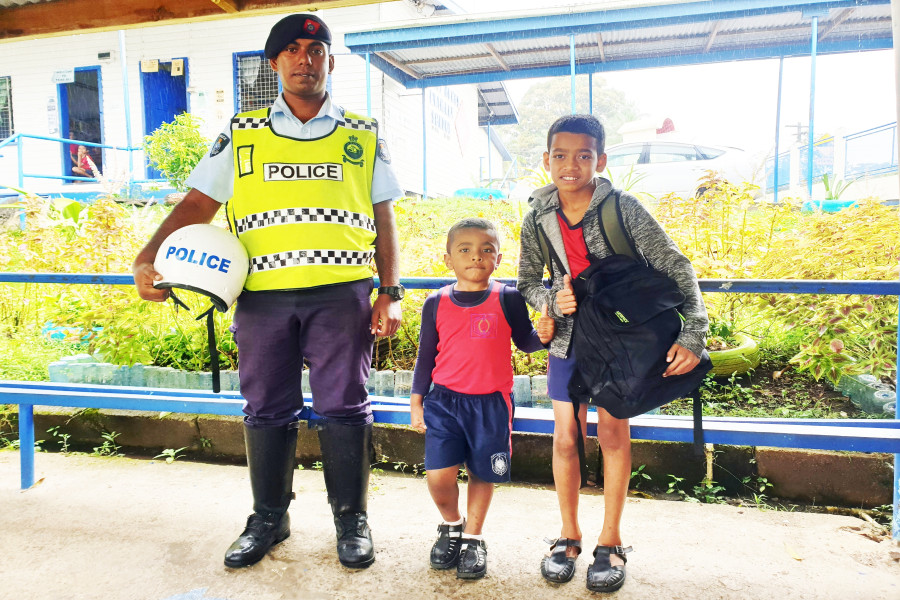 Today's #photooftheday has a wonderful backstory ????

QThis morning, the brothers came to the Nabua Police Station to ask for help as 5-year old Petero had forgotten his school bag inside the Cunningham bus.

PC Segran who was about to depart for his routine traffic duties saw the child crying and immediately got on his bike and took off in the direction of where the bus was heading. He caught up with the bus and asked the driver to stop so he could look for Petero's bag.

PC Segran found the bag and took it back to the brothers who happily continued on their way to school.

Big brother Mario said they came to the Police Station for help because that's what they were taught to do when in trouble.

Mario said a #duavatacommunitypolicing team was at their school last week, where they heard that if ever children needed help, they should ask a Police officer for help.

We thank the Mario and Petero's parents for allowing us to share their story ????