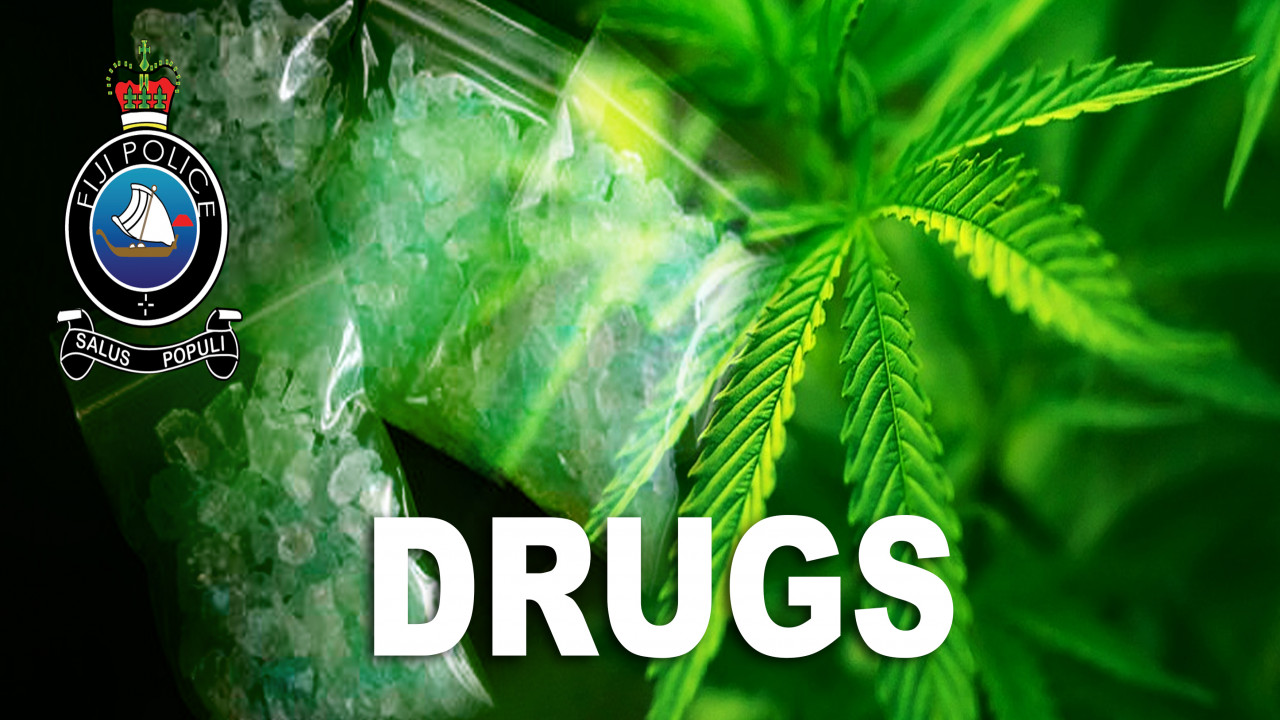 A 45-year-old hairdresser of Nausori will be produced at the Nausori Magistrates Court today following a raid at his property which resulted in the seizure of clear plastics containing white crystals confirmed to be methamphetamine.

The search conducted by the Eastern Division team and K9 Unit over the weekend also resulted in the discovery of sachets of dried leaves tested positive as marijuana.

The accused has been charged with 2 counts of Unlawful Possession of Illicit Drugs.

Police acknowledge the support towards our efforts on the war on drugs as the arrest was a result of a tip received about the accused's alleged illegal activities.

In Savusavu , a 17-year-old farmer will be produced in court today following the discovery of clear plastic containing bullets of dried leaves wrapped in aluminium foil tested positive as marijuana.

He has been charged with One Count of Unlawful Possession of Illicit Drug and will appear at the Savusavu Magistrate Court today.