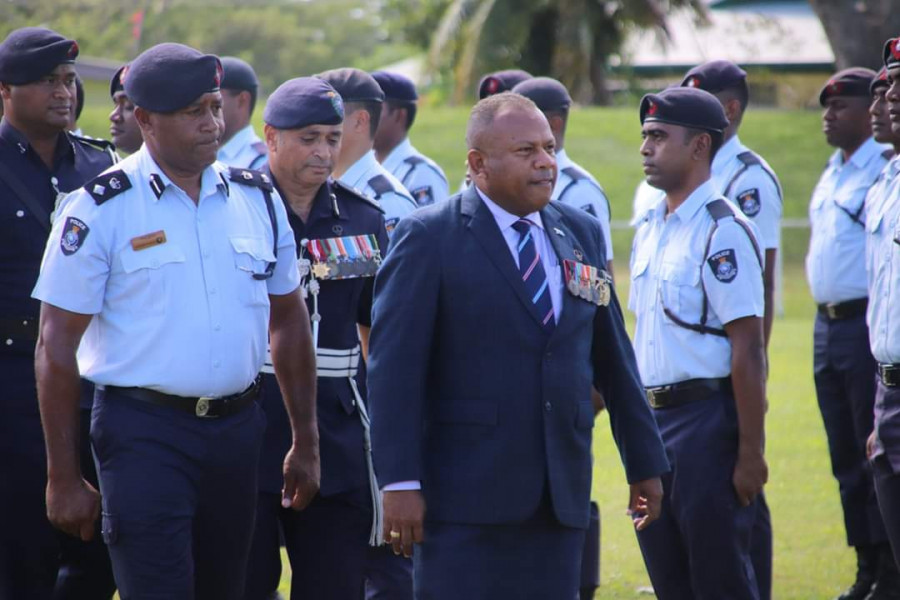 Seventy-Five new police recruits who are graduates of the Basic Recruits Course Batch 1 of 2020 were presented with certificates at different venues in the Western Division today.

These are part of the two hundred and fifty-four new generation of police officers who have successfully undergone the necessary training needed to become fully-fledged members of the Fiji Police Force.

Of that seventy-five, thirty-nine had received their certificates in Lautoka, Nineteen in Nadi at the Prince Charles Park while the remaining seventeen were presented with certificates at the Lawaqa Park in Sigatoka.

Officiated at the ceremony is the Minister for Defense, National Security, and Policing Honorable Inia Seruiratu who acknowledged the hard work and achievement of our new policemen and policewomen – all of whom have taken up the sacred oath to serve this nation and the Fijian people.

Seruiratu had also conveyed his appreciation for the operations conducted since Fiji’s first COVID-19 case was declared, and subsequently, the operations carried out during Severe Tropical Cyclone Harold which wreaked havoc on our beloved island nation.

He also highlighted to the graduates of Batch 1 of 2020 that while COVID-19 restrictions affected the completion of their training at the Academy and their chance to pass out in Nasova, it does not, however, diminish the importance of their graduation today as they join the ranks of the Regular Force and doors are now opening up for them to work their way up the ranks.

The Fiji Police Medal is awarded to conspicuous gallantry or exceptionally meritorious and recipients of this award are officers who have demonstrated conspicuous bravery in the performance of police duties while the Fiji Police Long Service Medal is awarded to recognize officers who have continuously served in the organization for 18 years and over with exemplary conduct and unblemished record.

The Overseas Service Medal is awarded to recognize officers who have served in any overseas Police Peace Keeping Missions.

Meanwhile, one Hundred and Seventy-Nine new police recruits will receive their certificate at the Ratu Cakobau Park in Nausori and also at the Nasova Ground in Nasese this Thursday.